Our team works together to provide the best service and attention to our clients. If at any time you need to speak with someone, please feel free to call any one of us for assistance. 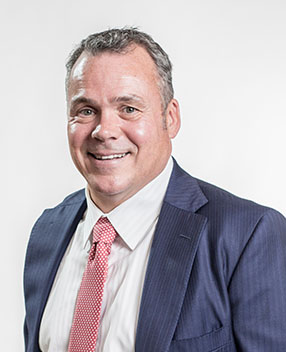 Mr. Henry Doyle is owner of Al Heaps & Associates Inc. Henry Doyle graduated from the University of Alberta with an Economics degree and a Bachelor of Education. Henry has worked in the finance industry for the past 15 years. He started at Commcorp, a division of CIBC, working in the same office with Al Heaps at Medident Professional Services in 1992. From 1992 to 2000 through mergers and acquisitions, combining Commcorp, AT&T, Medident, Healthgroup and Newcourt to form CIT, Henry achieved the position of branch manager at CIT managing British Columbia . With a staff of 15, Henry executed an annual budget of $50 million in lease originations. In 2000 Henry joined Citibank Canada as an officer in the leasing division, CitiCapital. Here Henry was instrumental in developing new markets for Citi including their healthcare finance. Henry was promoted to Assistant Vice President in 2002. Henry enjoyed a successful career building a finance portfolio to exceed $300 million in leases, loans and wholesale lines of credit. With a focus on dentistry, Henry achieved the Circle of Excellence award trip four times. In March 2007, Henry joined Al Heaps and Associates Inc., buying the company in 2009.

Mr. Al Heaps is a licensed real estate agent with Al Heaps & Associates Inc. Al has been involved in the dental profession for over thirty years. From 1980-1990, Al was the National Sales Manager for the dental equipment division of Dentsply Canada Ltd. Dentsply Canada Ltd. is one of the largest international dental companies with offices throughout the world. In the late 1980’s, Al was also the Western Canada Sales Manager for Takara Belmont Dental Equipment. Takara Belmont manufactures dental equipment in Japan and has offices around the world including the United States and Canada. Al became a licensed realtor in 1990 and using his dental experience, began specializing in dental practice evaluations and dental practice sales. Al has devoted his time exclusively to dental practice sales and evaluations since 1990. Al has completed over 400 dental practice evaluations and been involved in hundreds of dental practice sales.

George Osterbauer has over thirty-five years of dental business experience. George has been involved in organizing and managing several Canadian and International business start-ups and mergers. He has held many responsible management positions in the Canadian Dental Industry including Vice President and General Manager Dentsply Canada Ltd and Senior Vice President Ash Temple Ltd. Based in Toronto, George is involved with dental practice evaluations and transitions in Eastern Canada.